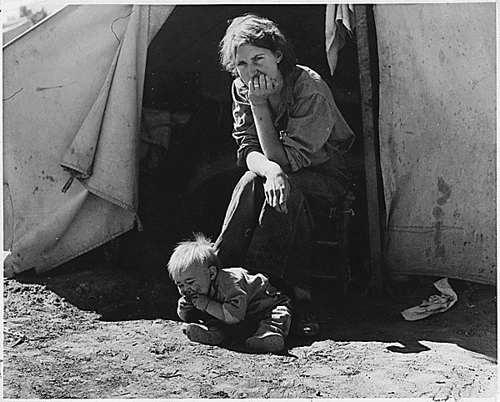 This is an open letter to Congress, The Federal Reserve, and to the office of the President of the United States.

The economy is about to collapse, and it’s all your fault.

When it happens, most of you will blame the banks, and capitalism, and greed. However, the truth is, it’s all your fault. The government did this – one hundred percent. For the sake of the country, please come clean. Tell the people the truth. You screwed up, and you know it.

For those of you who don’t know this – you’re incompetent – please quit your job. For those of you who really do think it was “the banks,” please audit a course on Economics 101, and then report back to me. And for the very few of you who knew the government was at fault, and who tried to stop it, I commend you.

Now let’s go over what happened in the last 25 years.

Beginning in the early 90s, the Fed began pumping “easy money” into the economy, all in accordance with Keynesian monetary policy. For the uninitiated, the Fed sets interest rates. Lower interest rates equals more credit (or money) in the system, and higher interest rates means less. “Easy money” refers to the act of encouraging “cheap” credit in the economy to spur spending and to raise asset prices. According to the short term debt cycle, and Keynesian economics, this is necessary. According to me, it’s reckless and dangerous. This was all sanctioned by then President Clinton and Congress.

In addition to “easy money,” President Clinton and Democrats in Congress really wanted to push harder to achieve “a home for every American.” Problem is, this is a classic blunder – government cannot control the economy – period. In fact, in all of human history, every time any government has tried to control the economy, disaster results. The policies they concocted, on top of older policies that preceded them, found ways to force the market to issue loans to home buyers who were not legitimately credit worthy. This is mistake number one.

In an effort to increase lending to more people with bad credit, the government and President Clinton then abandoned the Glass-Steagall Act of 1933, a rare type of regulation which actually made some sense. I’m not against the repeal of the act necessarily, but for the purposes of warping the economy and housing market even further, I’m definitely against it. Essentially Glass-Steagall prevented commercial banks, which hold our money in checking and savings, from investing in risky assets like derivatives (aka financial weapons of mass destruction). Once this ban was lifted, the flood gates were open – mistake number two.

Not surprisingly, markets began to waver. In 2000, we had a tech bubble pop, and subsequently President Bush and the Fed set to make rates even lower – approaching zero. Bush continued the goal of Clinton and so many politicians before, and sought to provide “a home for every American” – truly a fool’s errand. The banks were forced to issue loans to customers who were not credit worthy. With low rates, asset prices quickly recovered – and housing led the charge. People with zero credit and zero savings could finally buy homes with no money down and low rates. Taxi drivers had multiple mortgages, and investment properties of their own. People filled out loan applications with false information, and fake names. Meanwhile, unrestrained and newly emboldened financial institutions began concocting ways to make money off of the terrible loans the government was forcing them to issue. President Bush’s decision to continue these failed policies was mistake number three.

Then came the big collapse. The housing market plummeted, and the CDO market fell apart – bringing a number of banks and companies with it – including Fannie Mae and Freddie Mac. However, instead of letting these banks and companies fail, the government decided to bail them out – essentially guaranteeing that banks and companies would make the exact same mistakes again. Additionally, the government did not back down on its pledge to provide “a home for every American,” and did not take responsibility for any of the catastrophe that ensued. Thus, they set us up for another collapse. This was mistake number four.

Flash forward to today, the Fed under Obama has kept interest rates at zero for an unprecedented seven years straight. Mistake number five. In addition to zero interest rate policy or “ZIRP”, and a number of massive corporate and financial bailouts, the Fed has also injected trillions of dollars directly into the economy though “quantitative easing” or “QE” – essentially by purchasing financial assets right from the banks. Mistake number six. The combination of ZIRP, bailouts and QE, resulted in a siphoning of money from poor to rich, saver to spender, investor to speculator, young to old, and from regular folk to Wall Street tycoons.

Now, asset prices are at or near all time highs again. Incomes are stagnant, GDP is anemic, savings are non-existent, the housing bubble is back, the tech bubble is back, CDOs are back and the derivatives market is worse than ever. This time, unfortunately, the situation is much, much worse than it was in 2008. This time, when the collapse happens, the Fed will not be able to stop it without destroying our currency. For those of you who doubt a collapse is imminent, consider the following:

All of these factors, and many, many more contribute to one unavoidable conclusion:

The economy is about to collapse, and our government is responsible.

Hold on to your butts.