Update: This is coming true… Donald won. This article was written back in May.

After a bitter rivalry with Hillary Clinton, Donald Trump won the 2016 election in a landslide. Many blamed Hillary’s use of a private email server while serving as Secretary of State, others blamed her failure in Benghazi, still others blamed the onslaught of bad press she received after her biggest scandals were revealed. Not surprisingly, many former Bernie Sanders voters opted to vote for Trump, primarily out of spite towards the establishment in their own party. Regardless, the election is over, and Donald Trump is now our President.

Donald’s first day in office begins with a “make-friends” tour. A look at his cabinet reveals names like Chris Christie, Dr. Ben Carson, Rudy Giuliani, Carl Icahn and other well-known executives and politicians. He starts by contacting China, Russia, the UK and Mexico. Trump’s plan: rebuild our relationships, and blame the inaccurate press for his poor image around the world. His communications are a resounding success.

Unfortunately for Trump, the stock market collapsed and the U.S. and global economy entered a severe recession shortly before his inauguration. That said, his second task is to calm financial markets. Trump begins by contacting Fed Chair Janet Yellen – a difficult task considering he intends to “fire” her when her term is up. Trump asks Yellen to direct all efforts toward long-term stability of the markets, and to disregard short-term market movements. Yellen listens with trepidation, but ultimately agrees with his assessment. Trump’s orders are: no bailouts, no negative rates and no more QE.

The markets, now significantly lower, crumble even further upon hearing the Fed’s new plans. However, they ultimately rebound when Trump makes a speech on the economy. He starts with a basic, “I told you so,” but ends with an uplifting promise of real economic recovery and growth. His plan is to bring money and jobs back to the United States. He plans to create incentives for companies to repatriate their offshore assets, and proposes long-term sweeping regulatory reforms and tax cuts for businesses of all sizes. He also proposes abolishing the federal minimum wage in order to spur job growth.

Trump sets his sights on the ballooning U.S debt, and prepares a number of proposals for reducing the size of government on a massive scale – eliminating entire departments in the process. Trump assigns a “fraud and abuse czar,” and tasks him with the job of removing fraud and abuse across all federal agencies – starting immediately. Trump’s good friend, Carl Icahn, provides him with sage economic advice.

With their party defeated in the House, Senate and now the Presidency, many Democrats capitulate to Trump’s plan, willing to try something new. Trump is able to execute on sweeping changes, including a full repeal of Obamacare – a not-so-difficult task now that ballooning premiums and health care costs have become mainstream news. His plan to replace it: government assistance for those who are uninsured, but with pro-market policy changes aimed at dramatically lowering health care costs and health insurance premiums for all Americans. 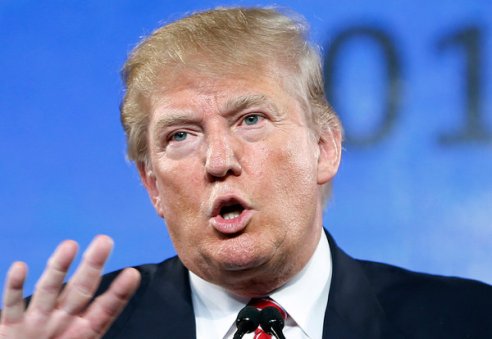 To address the influx of Islamic terrorists and avert another 9/11  terrorist attack, Donald Trump issues a temporary ban on non-citizens from Iraq, Syria, Afghanistan and other “high-risk” countries from entering the U.S. President Trump also begins the location and deportation process for millions of undocumented illegal aliens around the country.

After speaking with President Enrique Peña Nieto, Mexico has agreed to effectively “pay for the wall,” through a more favorable trade deal with the United States. Construction of the border wall with Mexico begins.

One thought on “Imagining a President Donald Trump”