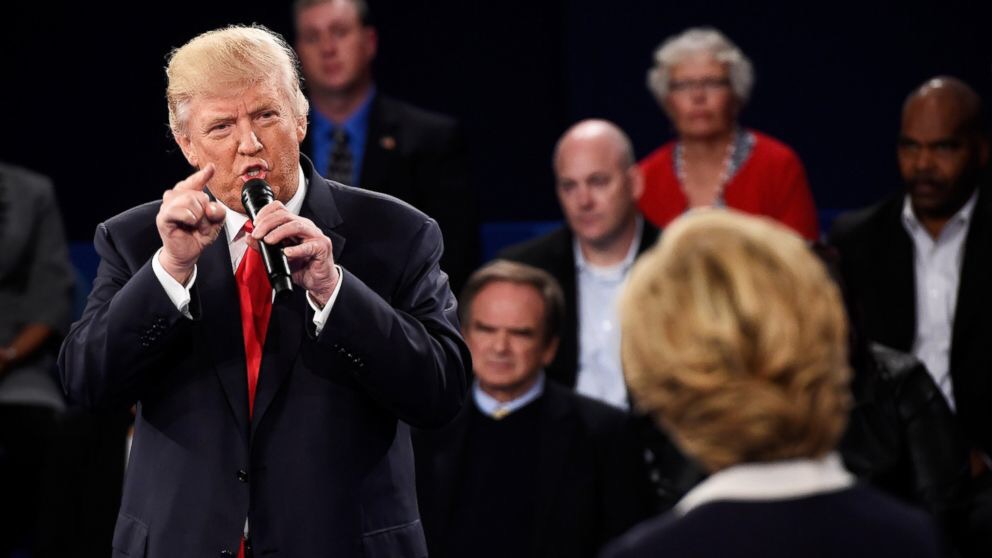 Other than a few liberal media holdouts, it’s nearly unanimous, Donald Trump annihilated Hillary Clinton in the second presidential debate. He started the evening with his tail between his legs over the video scandal, and he had to debate two biased moderators as well, yet somehow Trump was still able to deliver a crushing blow to Hillary Clinton.

The reason why is obvious. Trump had his swagger and his confidence, and more importantly, he had his facts. Trump came in guns blazing and kept Hillary on her heels all evening. When a vast majority of undecided voters find you disingenuous and tired in Frank Luntz’s audience poll – you’re in trouble.

The problem Hillary faces is much bigger than any video from Donald Trump’s past. Primarily, she looks like a tired, lying politician next to Donald. Meanwhile, he comes across as fiery, new, brash, and most importantly, honest. The electorate this year is looking for honesty, not fake, typical political spin. This represents a crisis for Hillary, as she is the prototypical insider, a master of spin, and a serial liar.

If nothing else, Donald’s performance in this debate solidifies he’s still in this thing for the long haul. Maybe it’s time we start calling him, “the indelible Donald Trump.” Don’t take our word for it, vote in our “junk poll” as the worst stats guy ever, Nate Silver, would say:

I love this county, and honestly I want Trump to be great. If he wins, he will be great.

I’m voting for Trump in November because a vote for anyone else is a vote for Hillary, and she is a corrupt, scandal ridden, big government corporatist. I take gross language over dangerous policy any day of the week.

I’m voting for you. Become presidential, be proper and be respectful. Be like Reagan, or JFK, and you’ve got this in the bag.